I never knew my paternal grandfather.  Sure, he died before I was born, but my father never knew him either, as least not in any meaningful way, after infancy, when my grandparents separated.

Ultimately, their ugly divorce left my siblings and I knowing nothing about the McCullough family, whose name and DNA we share.

For years I searched for information about my grandfather, as I’d been told he was a sports’ columnist for the Pittsburgh Post Gazette, perhaps the person from whom I’d inherited the urge to write.

Never finding anything meaningful, I searched, as well, for my great-grandfather, William Tice McCullough—for whom both my father and brother were named.

When I received an email response to an Ancestry.com inquiry I made in 2005:

William Tice McCullough was born in California, Ohio in 1873 and married a woman named Minnie from Pittsburgh born in 1875.  He is the grandfather of David McCullough, the historian, by one son and Nancy McCullough Griggs, who is being buried today in the North Cornwall cemetary, Cornwall CT, a grandchild by another son.

As a writer, what interests me the most, assuming I received accurate information, is that my father was the first cousin of David McCullough, a two time Pulitzer Prize winner. 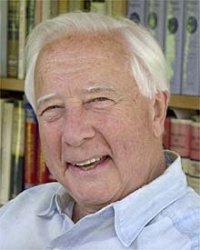 So, maybe there are some writerly genes in McCullough DNA.

Maybe there’s hope for my memoir after all.