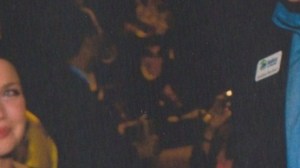 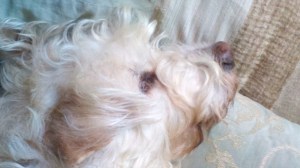 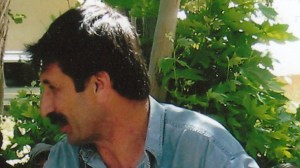 Still struggling to create, still struggling over all.  So, I’ll share another poem I wrote a while back.  Thank God I have this stuff to pass along on off days.   My apologies for this deviation from the normal fare.  I hope this gives you another sense of who I am as a writer.

arrange them on porches

and watch from front windows

The burrowing of cats

The lawn is mowed

The hedges trimmed and

By the rose which is not a rose

By the rose which is not a rose

I do not know you

I do not know myself

We are in ruin among the apple seeds

I said I wasn’t going to post today–that drunkenness and lounging on a Florida beach would interfere.

Zach, with a rhetorical prowess rivaling that of Barack Obama, shares his experience as the child of a lesbian couple.  The video speaks for itself.  Please watch.

You might also like to read an article in the Huffington Post (click here) about Zach’s brilliant defense, his defense of something that shouldn’t need defending–a right that is priceless to gay and lesbian couples–one heterosexual couples take for granted.

I may have told a well-intended lie, an honest lie, of sorts, saying that I wouldn’t post today.  But in the US we are only now reversing “Don’t ask, Don’t tell”–a law that requires gays and lesbians serving in our military to lie about their sexual orientations–to lie about their very identities.

We are only now allowing women like me to write openly about their partner’s service to the planet’s poor.  Fifty years ago I’d never dared.

We are only now allowing gay couples to walk the main streets of America hand-in-hand with the ones they love, often the ones they’ve committed to for life–to stand strong and proud and committed.

Sara and I are planning a weekend trip to Miami and hoping that Haitian streets remain quiet this week, ahead of our planned departure on Friday.  However, recent developments in the news, some even in the past several hours, hint that peace in Port-au-Prince could be short-lived.  Let’s keep all selfish, Lesbian fingers crossed that we gals get gone from Haiti before politics throw an exile-returning monkey wrench into our scheme for peace.

Over the weekend we learned specifically that the Haitian Electoral Council will announce on Wednesday the winners in Haiti’s first round of presidential elections—“winners” being the two candidates with the most votes, who will run-off on March 20th.

The American government, in an effort to persuade Haiti to accept the election outcome supported by the OAS (Organization of American States), revoked the US visas of 12 top political leaders from Haitian President Preval’s Inite party.  An OAS investigation found massive fraud in November 28th’s election and recommended that Preval’s hand-picked candidate, Jude Celestin, be eliminated from the run-off.  Bowing to this pressure late last week, Preval’s party withdrew its support of Celestin, but Celestin himself has refused to concede defeat and remove himself from the process.

However, any potential unrest from Wednesday’s electoral announcement could be complicated further by what Haitian President Preval and his council of ministers decided to do on Monday afternoon—grant former President Aristide a diplomatic passport, so he can return to Haiti.

Clearly, the Obama administration was concerned enough about Haiti’s ability to transfer power away from Preval, whose term ends on February 7th, that it sent US Secretary of State Hillary Clinton to Port-au-Prince on Sunday to meet with the current president and the three presidential candidates fighting for top spots on March 20th’s ballot.  I suspect the US is concerned that Haiti not devolve into the same kind of political unrest we’ve seen recently in Tunisia and Egypt.  US interests in the region depend on peace being maintained in its own hemisphere, especially in a place just 600 miles south of Miami and too close to Cuba for comfort, a goal that Aristide’s return could threaten.

Cuba also came into play on Monday afternoon, as rumors spread that Aristide had already left South Africa, where he’s lived in exile since 2004, and had returned in the Caribbean, in preparation for his arrival Port-au-Prince.  Some reports had him in Venezuela, others in Cuba.  However, Aristide’s attorney has since confirmed that the former president has not yet left South Africa.

Aristide maintains a huge following among Haiti’s poor, and his Lavalas party was not allowed to participate in November’s election.

Clearly, political tensions here in Haiti seem to be heating up   Selfish as it sounds (and admittedly it is selfish), Sara and I hope things don’t boil over before our weekend escape to South Florida.  Though not returning home to Kentucky, we’re looking forward to the comforts of American television (minus Super-Bowl Sunday), foods as heart attack-inducing as McDonald’s Big Mac and fries, and some quiet time to enjoy South Beach and play our part, as gratuitous American consumers, shopping till greed and guilt get the best of us or our wallets are emptied—a little retail therapy to lift our spirits and boost the lagging US economy.

Somebody’s got to do it; might as well be this pair of globe-trotting, dog-loving lesbians, who need a little personal peace, as well.

(Apologies for the Super Bowl snub; we expats like our football better in the form of World Cup action.)