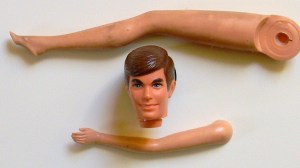 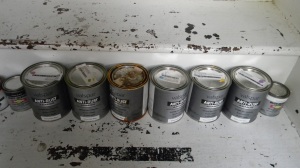 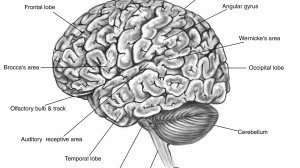 I’m having a weird week–not wanting to write, not wanting to look back–a relatively wordless week, compared to most–a week without much in the way of memoir work, a week with fewer than usual over-the-shoulder glances.

In all honesty, I’ve had some break-through bipolar symptoms–ones that penetrate the protective barrier medication erects between me and my  manic-depressive illness.

Sara says I’ve been manic.  Though I’ve not noticed that exactly, I have felt like I was floating, like I’m hovering high inside my own head–the bulk of me shoved up above my left eye.  I know that likely sounds strange but the physical sensation is nearly always the same–floating–hovering up and to the left.

My only wish is that this mania would bring with it the creative energy I used to have when my mood was on its way up.

It used to be, when I was ill, creating felt effortless, as automatic as breathing, and I did it with the urgency and abandon of falling in love, deeply and maddeningly in love.  I could no more not create than I could not now eat or sleep or dream of waking up tomorrow in a world with less poverty, less hunger, more rights for the mentally ill and anyone living near the edge, far from the center of the bell curve that is middle American comfort.

This week creativity has taken effort.  It’s been labor-intensive and even exhausting.  This week it’s required industry and diligence, determination, duty, drive.

But it’s better than it was when in the early ‘90s I began taking antipsychotic medication and the only ones around were things like Haldol and Navane, the older generation of drugs that made me feel even less like myself than I do now.  Those drugs made me feel lethargic, zombied, and at times even, down-right dead.  They made me feel thick-headed—like I had to swim through a fog to interact with the world.  I had to fight to stay awake—to keep my eyes open—to carry on a conversation—to process language.

Then friendship felt nearly impossible–too much work to talk, to articulate, to move my mouth to form the words.  The drugs blunted everything human about me—made me lose everything and anything I loved about myself, a woman with passion, a woman who cared intensely about the world and the people around her.

All that was gone—or at least out of reach—beyond the fog I couldn’t fight or navigate my way through–the fog that was dense, thick, terrible and deep.

But the newer drugs of the 21st-century are better. The medicated me of this decade is more alive and energized than the me of 10 or 20 years ago.  Most of the time, I no longer fight the fog that separates me from the world.

Now I only fight an internal fog that keeps me, as it has this week, from the deepest and most creative places inside, from the art-making place in the center of my psyche.  This week writing has meant managing this mist, hacking through the haze between me and the vibrant, secret center where the creative Kathy waits.

a creative place in the center of my psyche

But she’s still there.  And maybe next week she’ll be easier to find.  Maybe then the two-faced, creative me–monstrous and magnificent, hideous and holy–maybe she won’t hide so deep inside. 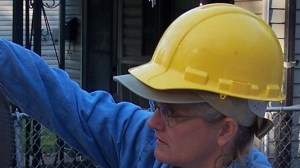 I mentioned the other day that Briarwood, the government-subsidized housing complex where I lived, had what residents and folks running the place called a “craft-room.”  Actually, there were 4 craft rooms, one in each building, second floor, across from the elevator.

These “craft rooms” were more like little libraries with couches, a few comfortable and very 80s-era blue chairs, an artificial flower or two, and, yes, an equally-80s-styled book-case that housed at least 6 dozen romance novels and a few Chicken Soup for the Soul anthologies—not to mention a good 30 games and close to 50 jig-saw puzzles—all with pieces missing, of course—because what’s a puzzle without a few holes in the Eifel Tower image—Monet’s “Water Lilies” minus a bloom or two?

In Building A, where I lived, the elderly, lady residents gathered in the craft room most afternoons—gossiping, reading, gossiping some more.  Some slept from time to time.  A few even snored.  Mind you, no one assembled there was born after 1920—except for me, of course, D.O.B. 1962.  Yes, I know—generation gap—big time.

On my 40th birthday Briarwood friends sat me in a wheelchair to mark the occasion of my aging. Note: I didn't wear a wig.

Wigs were all the rage in the craft room.  And everyone, besides me in my sweatpants, dressed up.  One woman named Evelyn—92-years-old when I moved into the complex—always wore a wig.  And she was the best dressed of the group—nicely-styled polyester dresses in navy or gray, with crisp white collars and big brass buttons—usually a fake patent leather belt around the waist.

Evelyn engaged in the only remotely craft-like activity ever done in the history of Briarwood craft rooms.  Evelyn crocheted. And she ever only made one thing—over and over.  She had to have produced hundreds, even thousands, of them while I lived there.  Evelyn made doilies.  Usually they were white.  Sometimes they were lavender or baby blue, some coaster-sized, others larger.

And like any good crocheter over the age of eighty, Evelyn liked to give her creations away.  Nothing honored her more than if, at the end of snowy afternoon in February, when she said, “Kathy, would you like to take this home for your coffee table?”  I responded in the reluctant affirmative—but only after declaring I didn’t dare take another.  When I suggested she might like to give that day’s doily to our friend Bea, Evelyn would insist, “Oh but you need a set, dear, especially when you serve sweet tea.”

Bottom line—Evelyn may have doilied me to death, but believe you me, every gray-haired lady in Building A was as well-doilied as me.  When I finally moved from Briarwood in 2005, I found more coaster-sized, crocheted circles and almost circles (as Evelyn aged) shoved in underwear drawers and kitchen cabinets than any self-respecting resident of government housing ought to own.

But our dear friend Bea, on whom I tried to foist doilies from time to time—also frequented the craft room.  Bea, tall and painfully thin, had to have been at least 5’ 9” before osteoporosis and old age shrunk and hunched her to a mere 5’ 6”, and she couldn’t have weighed more than 70 pounds fully dressed and soaking wet.

Bea, like Evelyn, had obviously, at one time, been a stunningly beautiful woman, a fact betrayed by facial features that shown through despite her age—high cheek bones and big, blue eyes that still twinkled when she smiled.

Bea was one of the few ladies in the group who didn’t wear a wig, and for a woman well into her 90s she had a head of gorgeous, light brown curls.  True her hair was largely gray, but she retained enough of the brown to surprise you, since otherwise she looked so old and borderline antique.

Bea was also one of the ladies who slept most afternoons, waking herself up every few minutes with her own overly-sized snores.

But then again, Bea never stayed more than 30 minutes at a time, as when nicotine called at least twice an hour, she struggled to her feet from the over-stuffed chair, shuffled her pink-slippered feet across the industrial blue carpet, and disappeared into her apartment several doors down, only to reemerge a few minutes later having snuck a cigarette or two, still insisting upon her return that she had had to use the rest room or make a phone call.  Never mind she smelled like smoke over the tic-tac she sucked and the Avon she had sprayed post-puff.

But what’s the point of these craft room portraits?  Why share these old lady images, besides the fact that these grand dames of Briarwood charmed the socks off the too-few men in the building, like sweet Wayne, who, at 60-something, visited the craft several times a week?

Well, the point is this—

These aging ladies utterly obliterate the image most folks have of government-subsidized housing.  These were not crack heads with jeans belted around their knees or welfare moms, screaming, runny-nosed toddlers on either hip.  These were not delinquent teens smoking pot in parking lots or dangling younger siblings from balconies.

These ladies were what 90% of the residents at Briarwood were like, kind, considerate, doily-crocheting grandmas who cared about me and the other neighbors they encountered in the elevator or the wanna-be craft room on the second floor.

These ladies were also, in many ways, the story of my recovery.  Though I never breathed a word to them about bipolar disorder, what they would have called “a problem with [my] nerves.” These ladies loved me and asked nothing more than that I allow them to lavish their doily-making attention on me.

But then that’s a subject for another post—the tale of just how these women worked a psychiatric magic, a mental health miracle, how they did what drugs and doctors failed to do, allow me to leave government housing in 2005 only to become a home-owner in 2006.

So stay tuned over the next several weeks, as I bring you more up-close-and-personal encounters with well-wigged old women, more doilied-adventures in government-subsidized housing.