Since my close encounter with a stairway and subsequent visit to the emergency room last week, I’ve decided to tackle this nemesis stretch of steps creatively—taking it on as an art project, turning its surface into a canvas, of sorts. 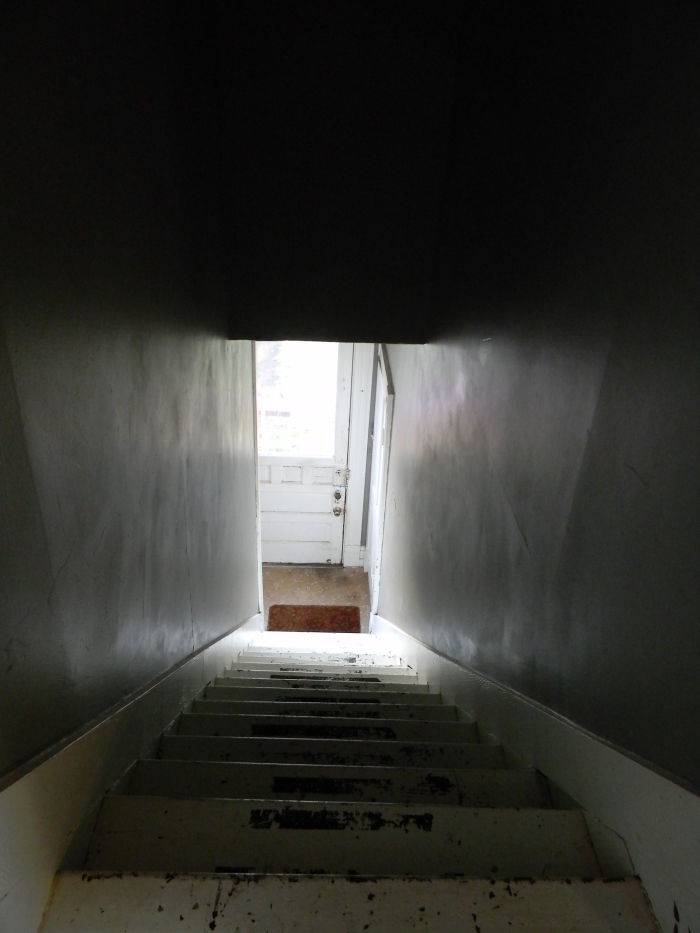 God forbid I let a silly staircase conquer me.

Repeatedly in the past, especially when my bipolar disorder was at its worse, I used art to articulate struggles that seemed to elude language.  Both then and now, painting projects have helped to energize and empower me—allowed me to look at old challenges in new ways.

And when writing isn’t going well, I can sometimes bypass blocks by attacking my wordless woes from another artistic angle.  More specifically, for the past couple of weeks, my memoir work has been at a standstill.  (I’ve been writing a memoir about growing up in an organized crime family.  To read chapter 1, click here .)

Partly, I’ve been too busy with other summer activities.  Partly, the injuries I sustained from my fall have slowed down and sidetracked me.  And in a number of other ways, it’s been too damn hot to think about much of anything other than avoiding sun stroke.

So, I’ve decided, at my partner Sara’s prompting, to rumble creatively with the very stairway down which I tumbled, attacking it, not as it did me (sweeping me off my feet, so to speak), but taking it on as a visual art project—hoping not only to come to terms with the stairway and give it the facelift it’s needed for the past century or so—but also to use the creative effort to bypass my writing blocks.

Some of you may remember the table I found in the trash last summer and my effort to transform that actual garbage into functional art. 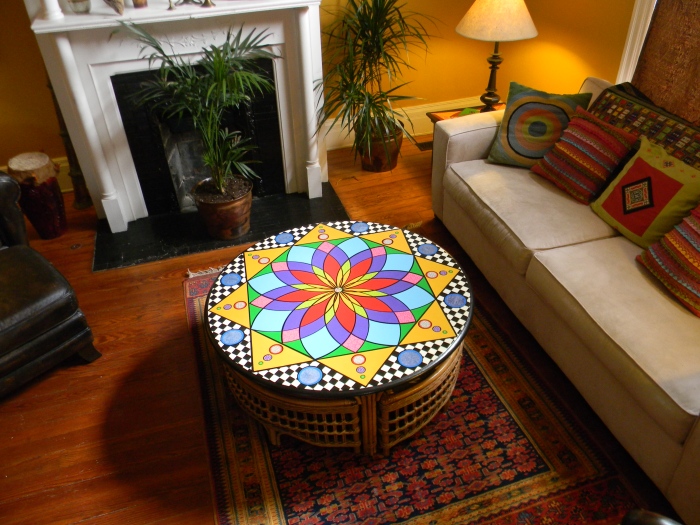 I can’t promise that my stairway will turn out as well as the table did, but I can promise to share my progress with you—the issues I’ve struggled with during the process—and the degree to which I do or do not experience some breakthrough in my writing life, as well.

(Plus, I need to get myself thinking in terms of visual art projects, since Habitat for Humanity International contacted me several weeks ago, asking me to take on a creative project for the organization and write about it for a blog being launched on their website this fall.  I’ll fill you in on that project, as well, in the coming weeks.  To see a bar I transformed into an art object for Habitat in Haiti, click here.)

So—I may have fallen down the stairs last week, but as part of my creative rehab, let the rumble with the tumble begin. 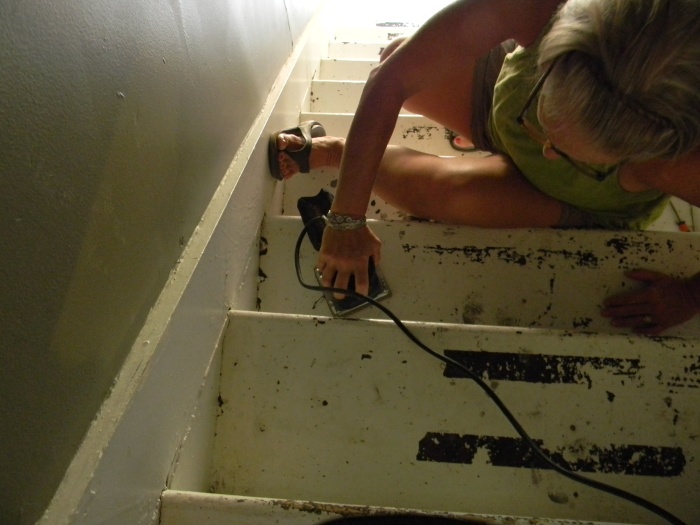 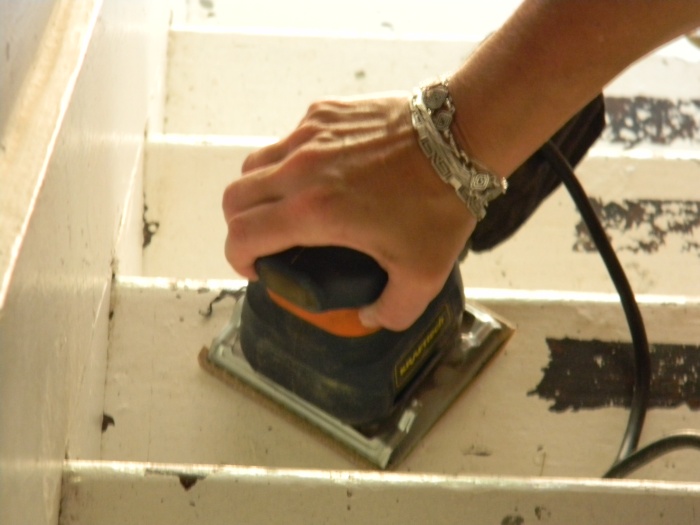 How do you challenge yourself in the face of a setback?  What creative projects have you worked on recently–or not so recently?  Do you do DIY, or does DIY so you?

93 thoughts on “Rumble with the Tumble: A Scary Staircase Transformation”