I couldn’t have been more than three or four, when my paternal grandmother, “Kimmy,” as we called her, would bundle me in a red cardigan she herself had knit, slip on my newly polished but inevitably scuffed up saddle shoes, and lead me by the hand, down the hill and around the corner to Aunt Pearl’s very large, orange-brick house on Evergreen Road. 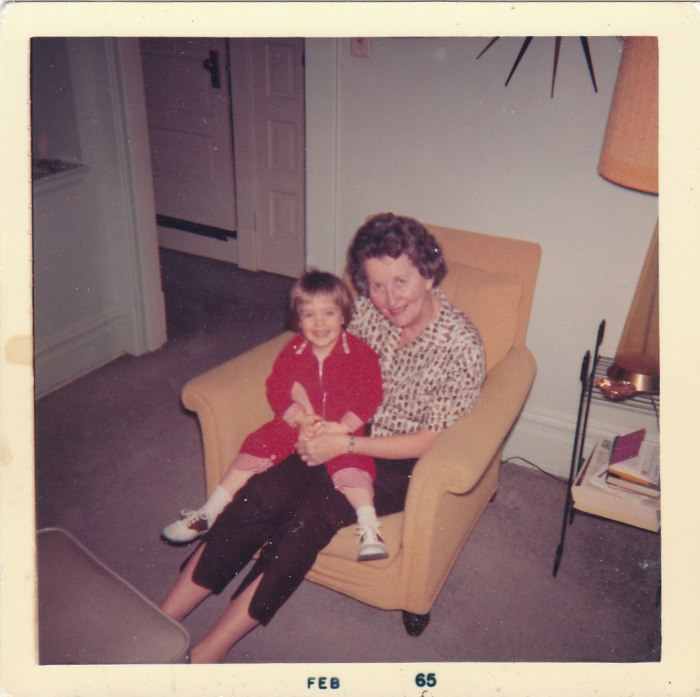 Kimmy and I, around the time we began visiting Aunt Pearl together--

Aunt Pearl’s place was massive by any measure—built for her by her father, my great, great grandfather, just after World War I.  Pearl Riester was, in fact, my grandmother’s aunt, one of several daughters for whom meat-packing mogul William Zoller built houses beside his own at the corner of Evergreen Road and Dewey Avenue, what famously became known in the area as “Kraut Row.”  According to building permits from that era, Zoller spent approximately 18,000 dollars on each house—ones that were designed to epitomize style and emphasize fine finishes.  High-ceilinged and featuring dark wood paneling in the dens and up the winding front stairways, these houses loomed lavish and reeked of wealth and good taste—a smell I later came to associate more with moth balls and furniture polish.

Aunt Pearl was the last of Zoller’s daughters to remain living in these homes, an aged and ailing heiress to a family fortune of many millions.

Kimmy and I visited Aunt Pearl regularly for afternoon tea, but seeing her was extraordinary for me, at age four, because Aunt Pearl created a ritual, following our afternoon arrivals, of taking me to the towering refrigerator in the corner of kitchen, opening the big drawer at the bottom and allowing me to pick my very own orange—which I, in turn ate, while the grown-ups sipped tea from floral cups—an exercise in dainty and delicate, elegant and grand. 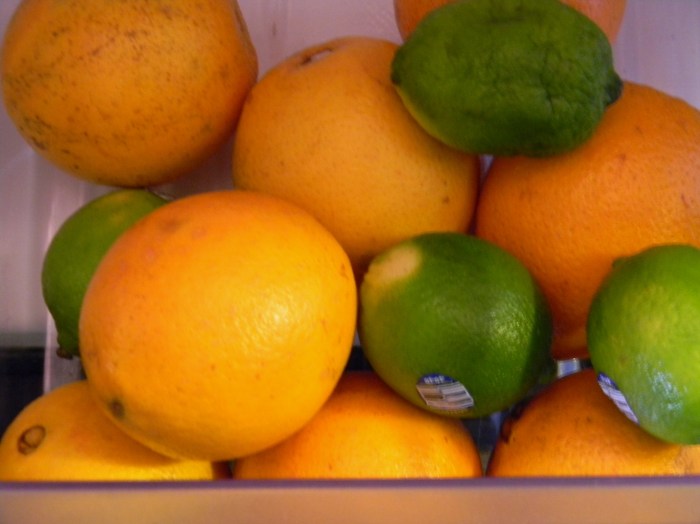 As a little girl, pixied and saddle-shoed, I actually had no sense that Aunt Pearl was anything out of the ordinary, though, in fact, she became both more ordinary and more eccentric as she aged, her oddities settled comfortably in the cob-webbed corners of her corniced window coverings—kept less clean and tidy as the family help also aged and moved away.

Aunt Pearl is the family member from whom I, likely, inherited the genetic inclination for mental illness, for, in fact, Aunt Pearl was famously crazy for much of her life.  I don’t know the exact form this insipid insanity took, but I do know the family had the wealth and good taste to hire a nurse, round the clock care, so Aunt Pearl didn’t suffer the disgrace of psychiatric institutions, but rather was tended to quietly at home during decades of otherwise unseemly psychosis.

Surprisingly, I don’t remember Aunt Pearl’s face—only her often ethereal physical presence. I don’t recall her ever being fully dressed—at least not in street clothes—ever.  Instead, I remember her wearing mostly long white nightgowns and smelling vaguely of lilies of the valley—her dressing gowns, eggshell and elegant, floor-length and flowing.

During each visit, however, my focus was more on the orange.  While Kimmy and Aunt Pearl perched like birds on the edges of leather sofas, while they sipped hot tea from china cups, I carefully sectioned and consumed the fancy fruit.  My four-year-old fingers dripping with sticky deliciousness, I was tutored in good taste—perhaps even developed a palette for crazy along with an insane love of sweets.

For, it turns out, Aunt Pearl passed her genetic disposition for mental illness to my grandmother, who more than once required shock treatment, and Kimmy passed the inclination like a baton of the brain directly to me.  Though Daddy had easy access to wealth, a driver at his disposal, and a prep-school education—though he, too, was raised to have good taste—he himself was never mentally ill—never developed a palette for the same insane I ultimately did—one I will forever associate with Aunt Pearl and her oranges, her elegant edge of crazy—an eccentricity epitomized in citrus.

Note:  If you are new to my blog, you might like to know that I am writing a memoir and blogging about growing up in an organized crime family.  (This post, though not about the mafia specifically, is part of that series.)  To read one of my mafia-related memoir posts,”Kids Make the Best Bookies,” click here.  If you are interested in reading any of my protected posts, please email me at kownroom@yahoo.com  or let me know in the comments below, and I will gladly share the password with you.

58 thoughts on “An Eccentricity Epitomized in Citrus: On Aunt Pearl’s Palette for the Insane”