(for Marlene, because we love you so much!)

My partner Sara and I had a 4th of July weekend bracketed by beauty and the message that making meaning, like gaining independence, requires risk and a periodic willingness to believe in miracles.  Whether it’s the democracy we value in America or the small but lovely fact of flowers blooming, life offers beauty in a myriad of forms, miracles in a million stunning disguises.

But, here’s how it happened—

Friday evening Sara and I finally used the gift card my family gave us for Christmas and had dinner at one of our favorite local restaurants, a la lucie, in downtown Lexington.

We went early, had dinner reservations for six.  I wore my new blue dress.  Sara opted for casual—khaki slacks and Birkenstocks.  We walked the three blocks.  We sat in the window.  We watched the world walk by, across from the courthouse square.

After hors devours of artichoke and parmesan souffle, Sara had the red snapper topped with pesto; I ate pasta, my usual faire of carbohydrate and too much French bread.  But, just as were finishing dessert—delicious, chocolate truffle cake—just as I was swallowing the last bite—Sara saw her mentor walking by, a well-known Kentucky architect she’s worked with on and off for years.

Ironically, on our walk to dinner, Sara had been sharing her strategy for employment—one she said she wanted to discuss with this mentor—a man she rarely sees, a man who lives in another town, but one who happened to be walking by our window just as dinner was done.

Now, I try not to make too much of this seeming synchronicity, and, yes, maybe we read too much into it.  Yet, here’s how we interpret the “coincidence”—if you insist on calling it that—

Sara has had an extraordinary professional life, responding to disasters the world over.  Whether it was the 2004 tsunami in Southeast Asia or the 2010 earthquake in Haiti, Sara has been at the center of each intervention, directing her NGO’s response in both instances.  So, for her to be out of work seems nearly inconceivable to us.

At the same time, however, we both believe life is about making meaning, creating it by helping others.  We believe in purpose and destiny.  We believe in God or whatever you want to call that thing that makes life meaningful to us as human beings.   We know there’s something for us to be doing.  We don’t know what it might be or how it might happen.  But we hope.  We believe.

We’re the kind of people who read meaning into random close encounters with mentors on city streets, who believe that Friday night, our window at a la lucie just might have been a window on the future, a window on grace—

Saturday afternoon we saw Terrence Malick’s new film, The Tree of Life.  We walked downtown again.  It was sunny and hot.  We wore shorts.  I planned to eat popcorn.  It was an ordinary summer day—an extraordinary message.  For Malick’s visually stunning film reminded us, greasy-fingered as we were, that life requires us to ask questions, to wrestle with reality.  It requires us to tease out truth, to trace the rough outline of our lives for the shadow of something more.

It was a message reiterated when we watched fireworks from our front porch on Monday evening, a message mirrored in the night sky—in the bright light made of a million lesser lights bursting on the horizon. 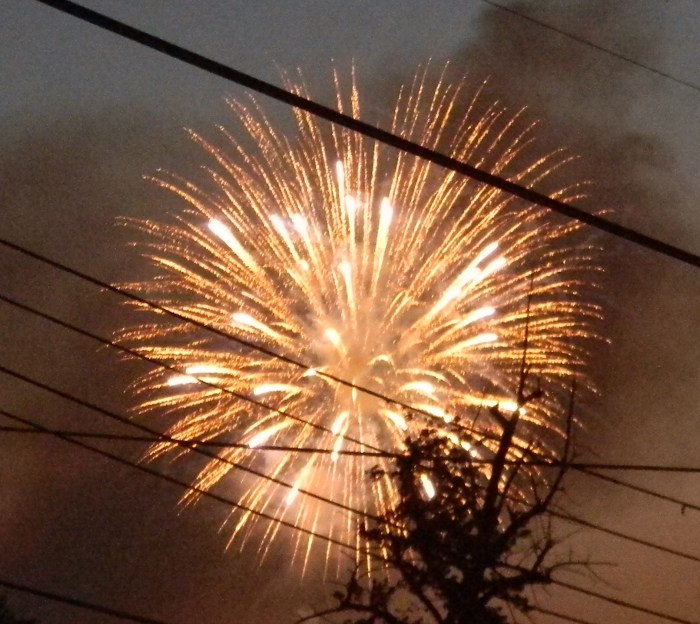 the miracle of my first fireworks photo

It was a message we saw when a sick friend’s flower finally blossomed in our backyard—flowers we transplanted after a recent trip to Georgia—our dear Marlene’s bulbs, blooming like lungs in garden mud. 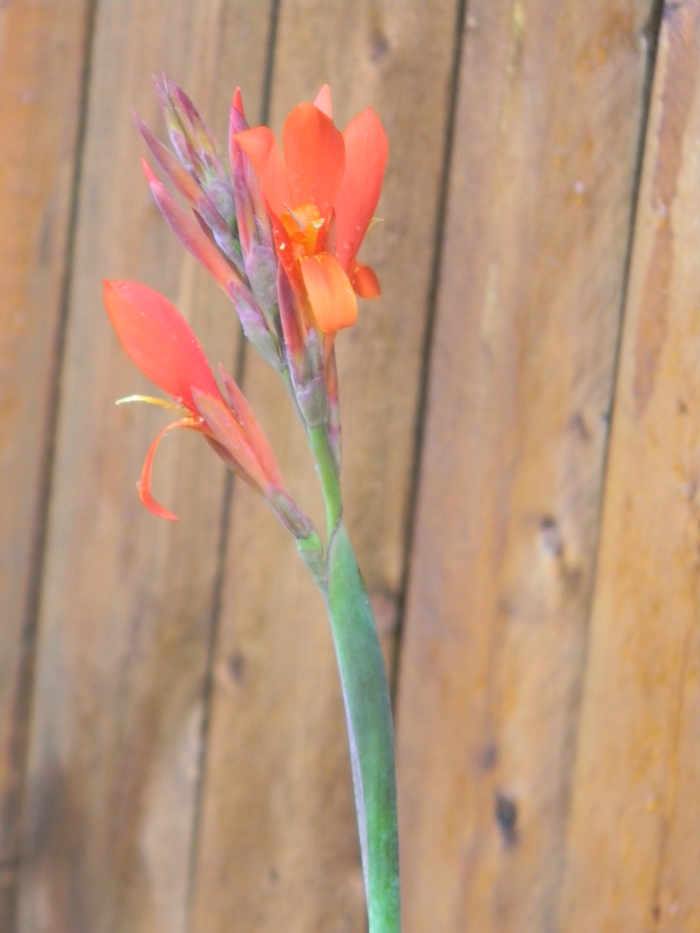 So, yes, our weekend was bracketed by beauty, of sorts—by new meaning in the seeming madness—a reason for Sara’s unemployment, my cousin’s cancer (or Marlene’s for that matter).

So, maybe, just maybe, our window at a la lucie opened not on the courthouse square, as it would seem, but opened instead on opportunity, on a friend’s flowers, blooming summer after summer—the magic of Marlene in the beauty of forever.

(And in the meantime, Sara’s meeting with her mentor Thursday—an early lunch, not far from the courthouse square . . . )