It seems, at least anecdotally, like many expats who move to Ecuador live in several houses or apartments within their first few years in the country.  It takes a while to decide where one really wants to settle, and once foreigners get to know a city like Cuenca better, their sense of where they belong evolves and, in fact, matures, even as their understanding of the culture and geography grows.

Sara and I are no different.  We stayed in a bed and breakfast for several days upon landing, moved quickly into a large and renovated colonial home in el Centro for a month, while we looked for a more permanent place, the one in which we now live, a home in the suburbs that many of you have admired in past photos I’ve shared.

So, as you might have guessed, Sara and I are moving.  It’s official.

Don’t worry.  We aren’t leaving Ecuador.  We aren’t going far, but even the short distance will make a major difference, as we are going from a cozy Cuenca suburb to the very center of the city.

Don’t get me wrong.  I love our current home.  Sara does, too.  However, it’s time for a change, and despite the loveliness of our house, it has no view, and it’s not near enough to the restaurants we frequent or friends we love.

So, we are going from this: 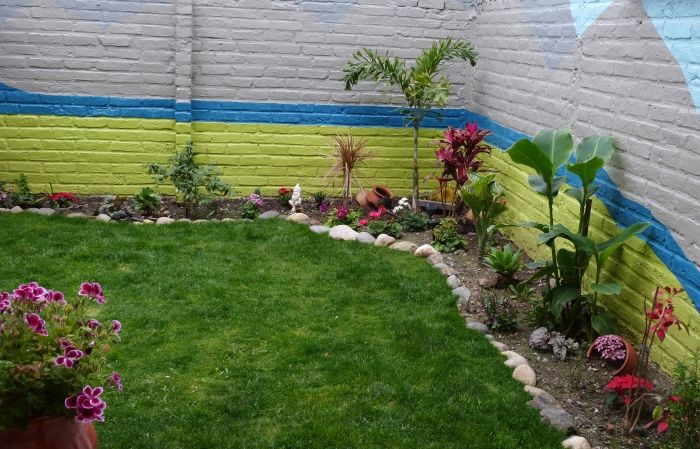 Sara painted a view on our garden walls. 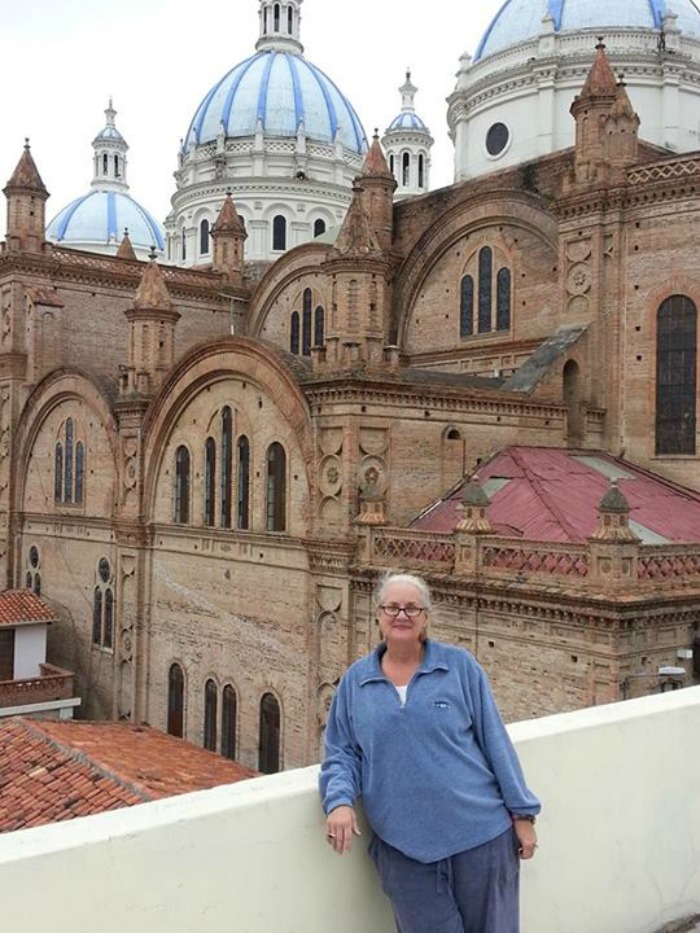 View from our new terrace. (Thanks to Juan for this amazing image!)

Here’s the deal. I want to be nearer my artist friends and have a larger studio space. And Sara, as an architect by training, wants to live closer to the UNESCO World Heritage Sites in our city. And she needs to live closer to her office. Now her commute is too long—from one side of the city to the other.

We won’t be moving until August. But our new home will be a 3,000-square-foot, 4-level townhouse just behind Cuenca’s “new” cathedral—one short block from Parque Calderon, the square that marks the city center.

Have you ever made a move that was motivated for aesthetic reasons? Does having a view and an architecturally interesting place to live matter to you?  Have you moved a lot or a little during your life?