Don’t ask me how it happened, at least not this time around.

But now Cesar Milan hates us even more.

Sure, my partner Sara and I are fine people.  We moved to Haiti after the earthquake in 2010.  We’re people who love people.

However, our dogs behave badly.

And now our Maltese Lucy has pooped in our bed TWICE in the past month. 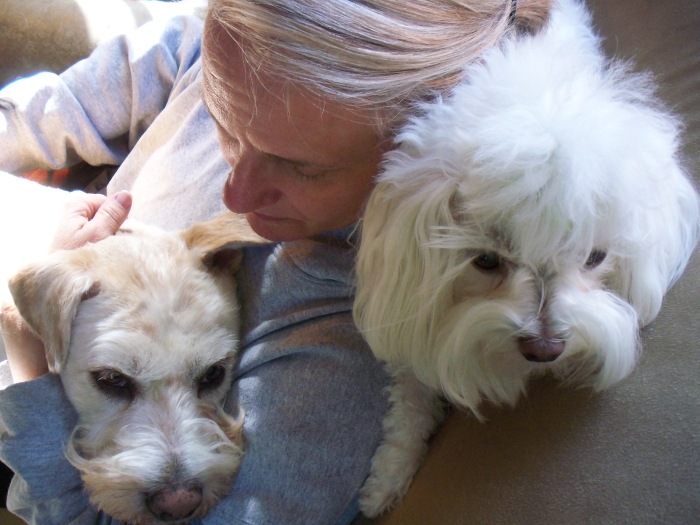 Looks can be deceiving–

You see, whispering is not our strong suit.

In fact, Ralph and Lucy may be the least well-behaved in the long and illustrious history of canine misconduct.

Some of you may recall I was forced to write about this issue two years ago, as well.

In the middle of the night, in the summer of 2012, I had stopped to empty my own under-sized bladder before taking the dogs out for their potty break.   From the bathroom I yelled at Lucy—“Don’t pee anywhere.”  I feared she might herself urinate inside before I had the chance to rise from my throne of piss-poor-pooch-parenting and escort her, still needing to pee, proudly outside to do her business.

In this instance, she managed to contain herself, so to speak.  Later, that same week, however, Ralph failed.

Four times in a row.

Thankfully, he didn’t relieve himself on the rug Sara’d brought back after a year in Afghanistan.  By some miracle of canine justice he managed not to pee on that rug.

But did I mention he did do it four times?

Never mind that he’d been taking steroids for skin allergies, consuming copious amounts of water, and taking him outside every two hours wasn’t often enough.

Yes, I know this wasn’t Ralph’s fault—not a behavioral but a medical issue.

However, it underscored to Sara and me, just how close we’ve come to pathetic failures as pet parents.  I suppose we’ve gone to the dogs, in some sadly literal sense.  You be the judge.

You see, Lucy not only poops on our bed, but also a myriad of unfortunate spots. 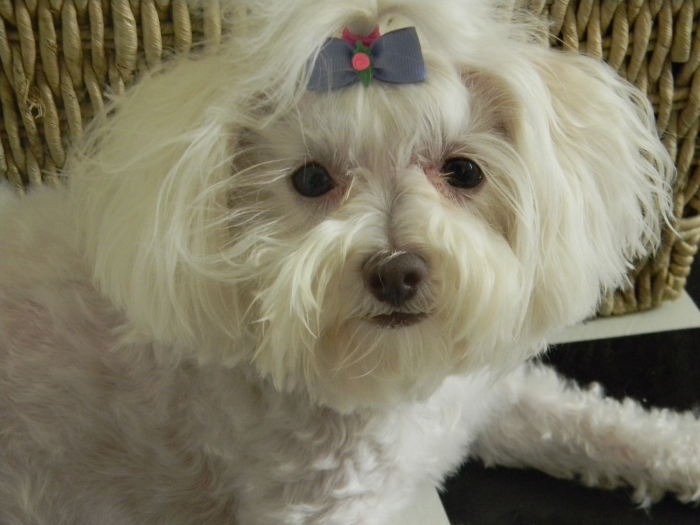 “It’s all an ugly lie, what they say about me. I poop in all the proper places.”

Mostly we don’t know where, however, because Ralph eats her feces before we have a chance to clean up the excremental mess.

I don’t mean to sicken anyone.  I’m only trying to lay out the sad scope of our dysfunction.

Lucy even pooped once on the small rug an Afghan friend of Sara’s had woven in the likeness of my partner’s face.

Okay, it’s not a perfect reproduction of Sara’s face, but the poop was somewhere near the nose.

Again, you be the judge.

A few of you may recall this story–

But once, when Lucy was a puppy and I was teaching writing at my state’s flagship university, I took her to class with me.  My students had asked to “meet” her.  I obliged.  But we were a few students too many to gather comfortably around the conference room table.  The space was small, the table large.  Lucy weighed about 2 pounds, so she slept on the table next to me—my jacket a make-shift nest.  Later in the hour, while we were deep in a discussion of successful essay endings, Lucy woke without my noticing, walked a few feet, assumed the I’m-gonna-shit position and did JUST that.  Did it on my student Brenda’s (not her real name) “I-Bleed-Big-Blue” binder.

Yeah.  I was in a bind, alright.  I felt like crap.  Lucy managed to literally accomplish both with one tiny turd left on one not-so-tiny table.

It broke the ice, however.  I never lived it down with those particular students.  Excremental jokes abounded for the rest of the semester.  That incident may even be recorded on the Rate-My-Professor website for all I know.  Honestly, I haven’t checked.  I’ve been afraid to.

So, in all seriousness, Sara and I fear this calls for an intervention.  It’s not necessarily up to you to offer aid.  We clearly require professional help.

Let’s face it, my partner and I may be inducted into the Poor Pet Parenting Hall of Fame before the week is out.  It’s too late for lay assistance.

Call me the shit whisperer.

So, Ecuador beware.  Our pet excrement dysfunction has been brought to bear on Cuenca and could soon spread nation-wide.

It could get ugly.

However, we wonder if anyone else has struggled with pet potty training—even little people potty training.  Surely we’re not alone in this.  So, Sara and I, feeling intensely lonely in our failure, want to hear your stories.  What pet nightmares have your survived?

143 thoughts on “Call me the Shit Whisperer (Ecuador Beware)”