In response to last week’s WordPress Photo Challenge (one that focuses on street life), I decided to do a two-part series that will feature creatures rather than people, to highlight the critters that make the streets of Ecuador so special.  Last week, Part 1 shared a series of canine photos, while today, Part 2 will offer images of the many other animals seen on the streets of this creature-crazy country.

Sometimes I’m still amazed to see farm animals roaming the roads of my own neighborhood—one that is decidedly suburban.

So–sit back, relax, and enjoy this journey in critter pics.

I may have fewer feline images than I did canine photos last week, but, I promise, that cats are almost as common in Ecuador as dogs. 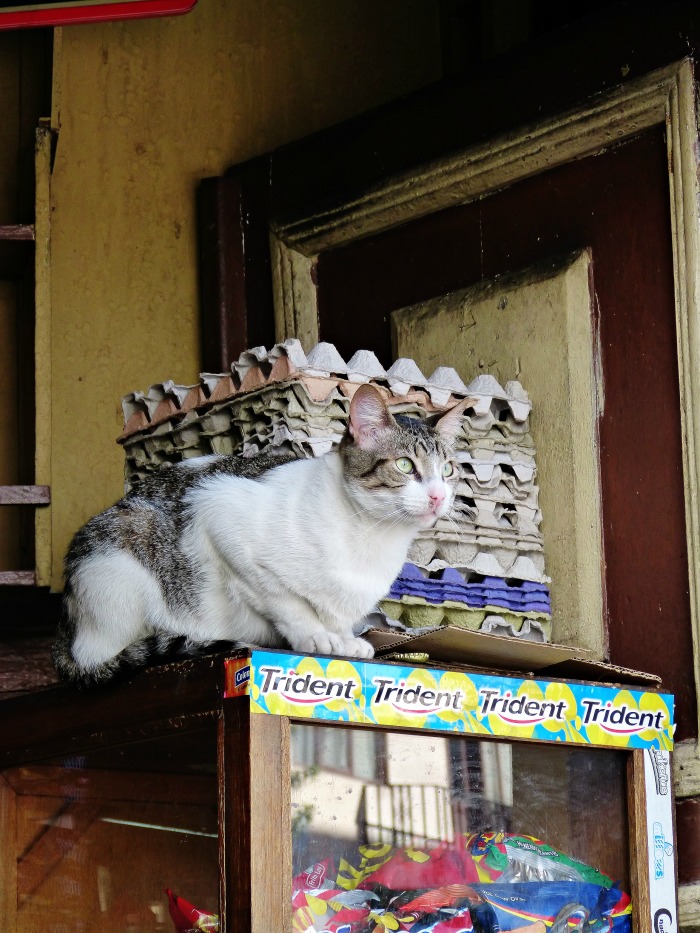 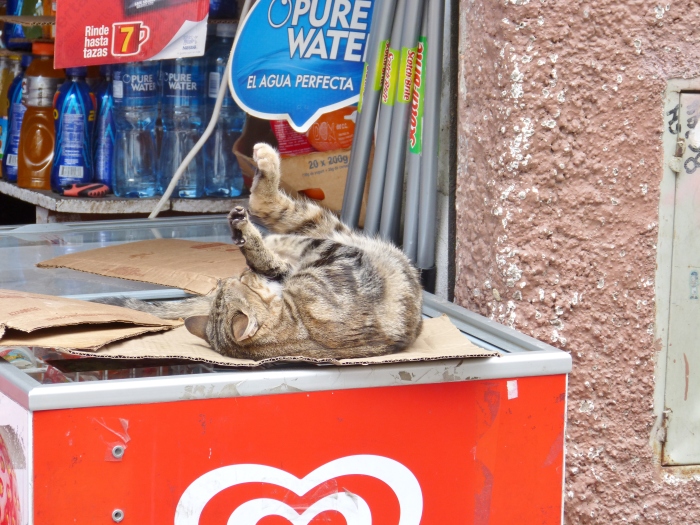 One of our neighbors stakes her bovine friends in grassy areas just down the block and walks them on the street as if they were dogs. 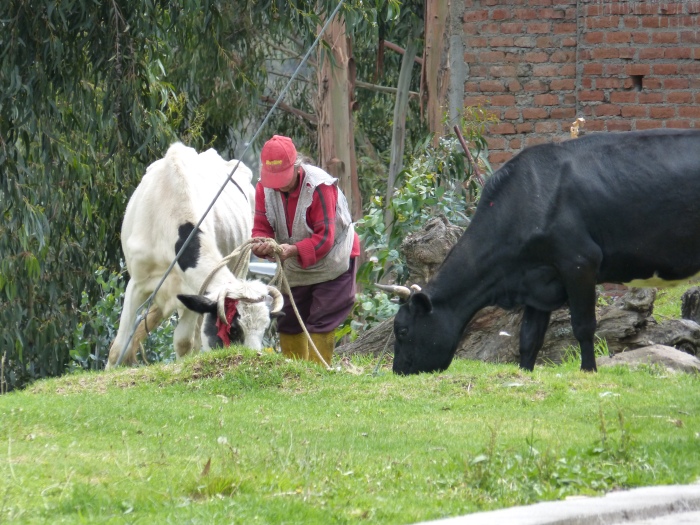 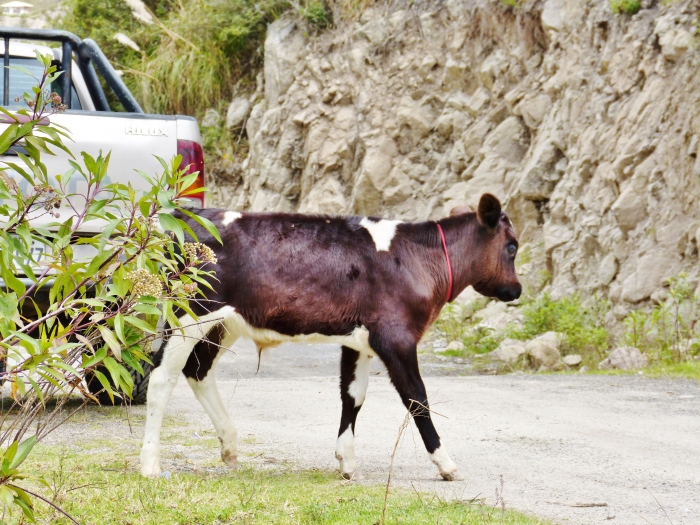 However, cows aren’t the only farm animals who live in our neighborhood and walk the streets of Ecuador’s cities and towns.  Horses and donkeys are even more common.

I love the horse in our hood, the one below who poses for pictures in front of graffiti–a great juxtaposition of rural and urban just down the block from our home in Totoracocha. 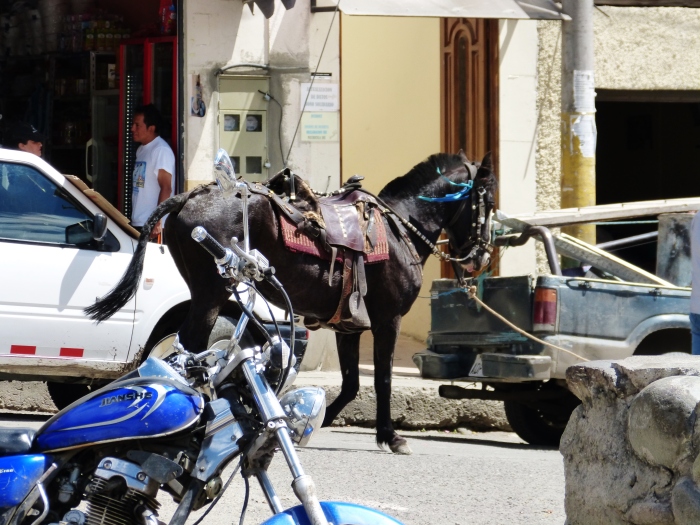 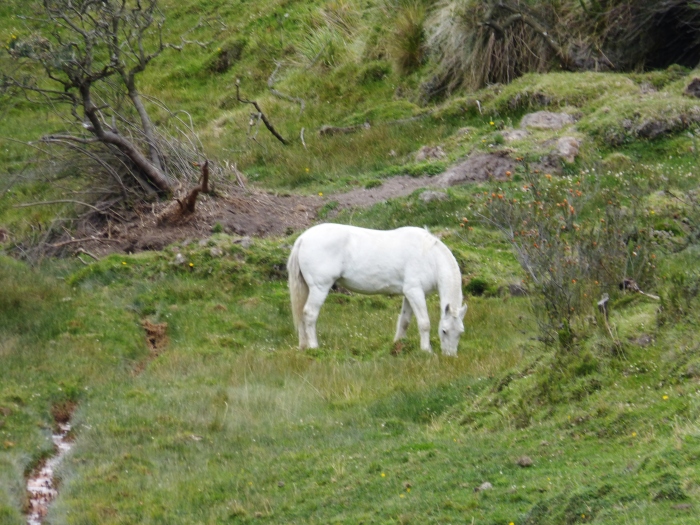 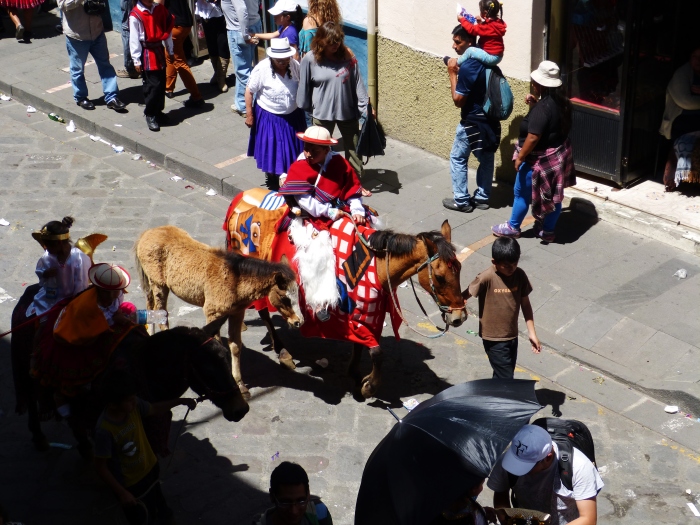 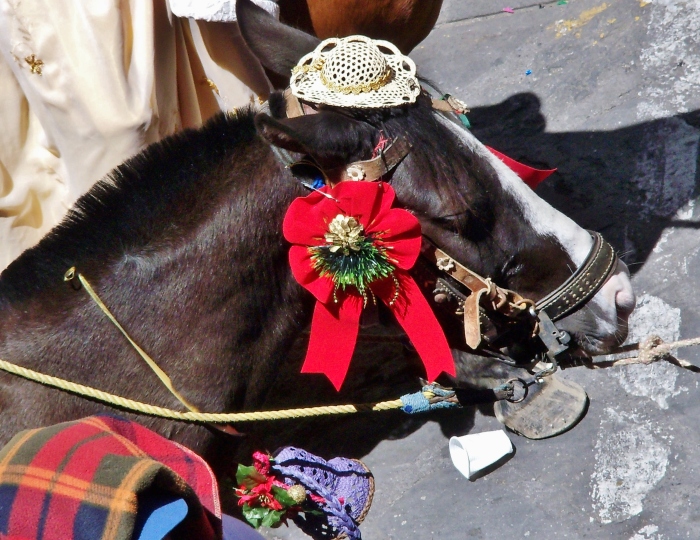 I don’t have as many sheep images, but we see lambs and their parents fairly often in Ecuador. 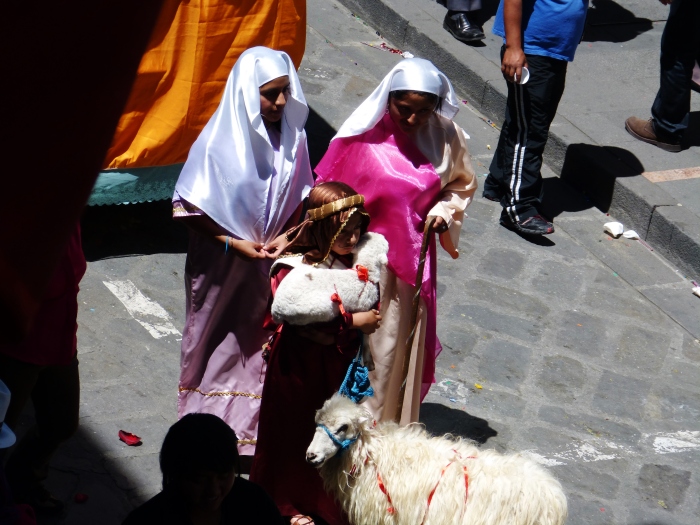 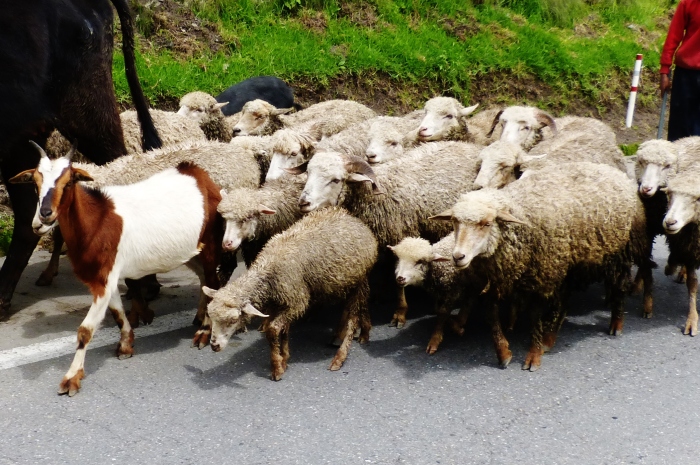 I’ve interacted with more birds since moving to Ecuador than I had in my previous 5 decades.  They’re everywhere.

In the first photo below I’m returning an immature pigeon to his nest.  He was able to wing his way down but unable to fly high enough to get back. 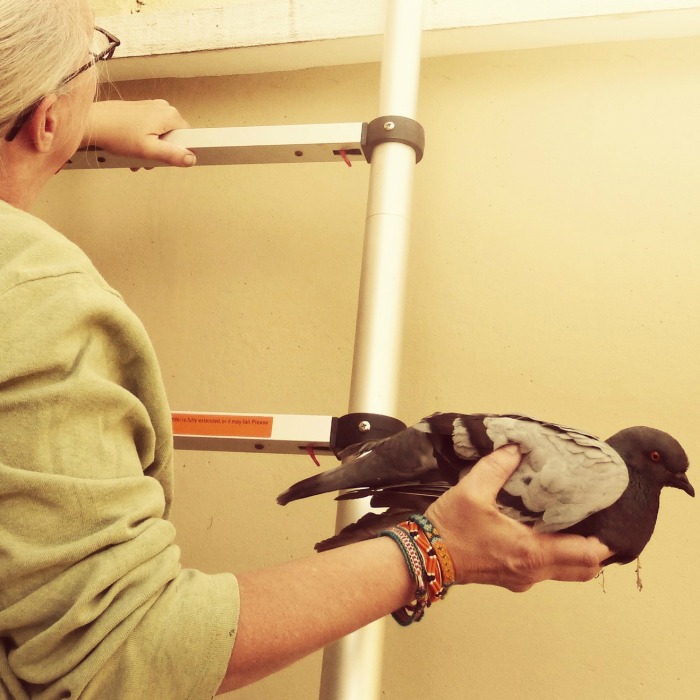 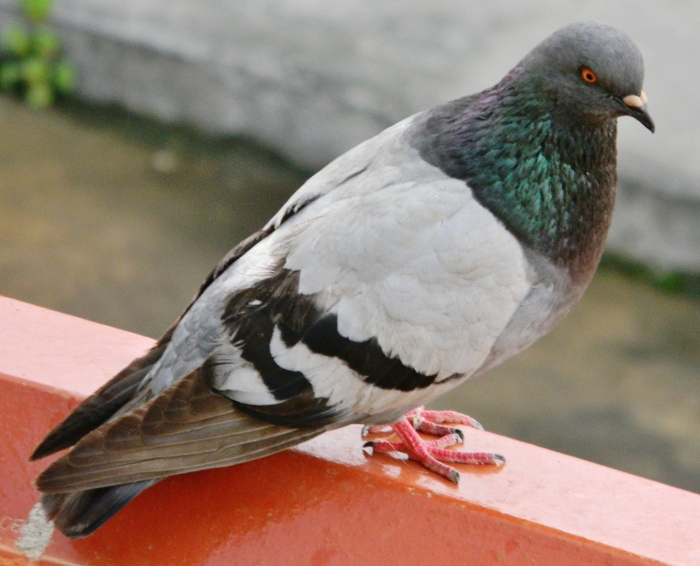 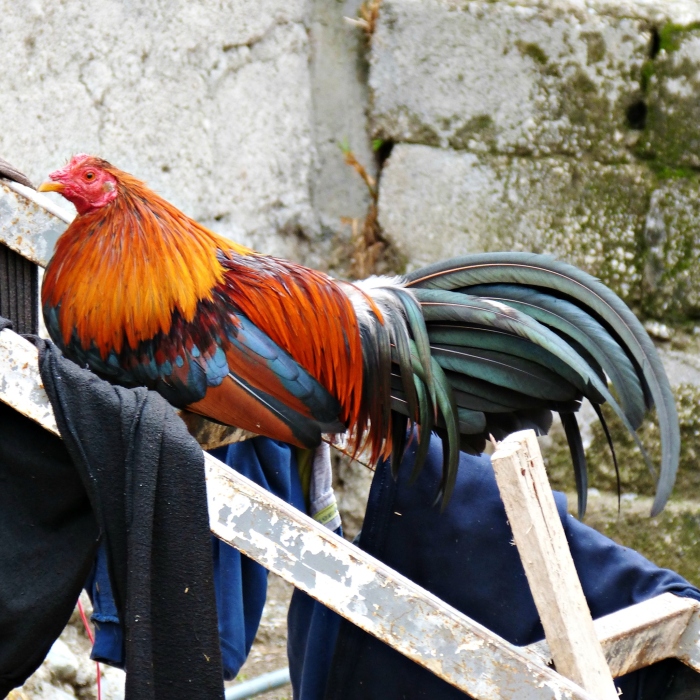 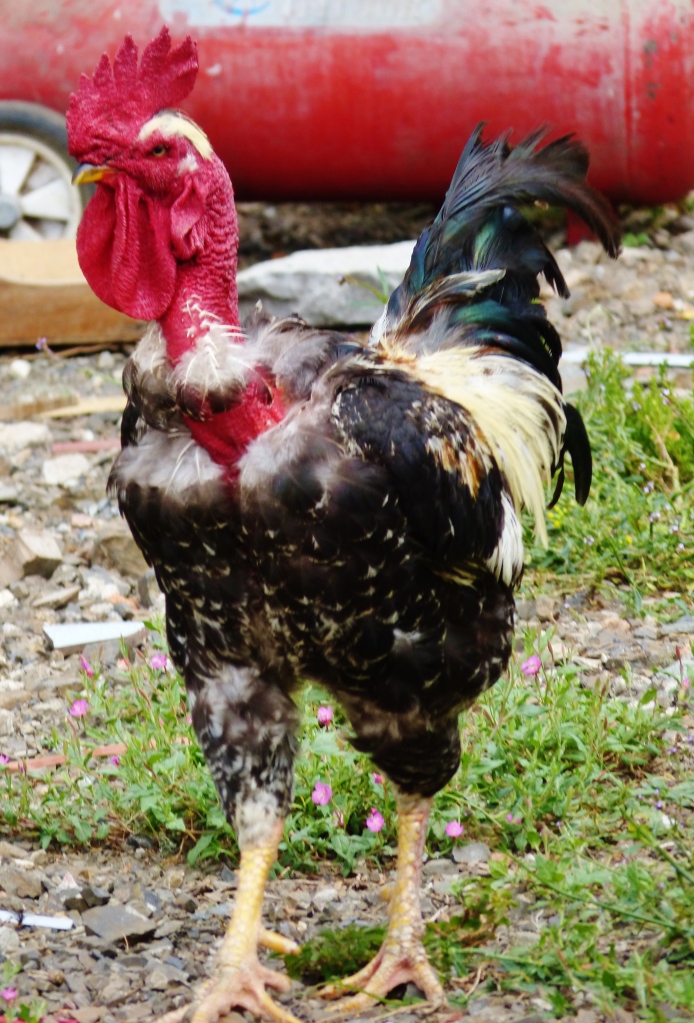 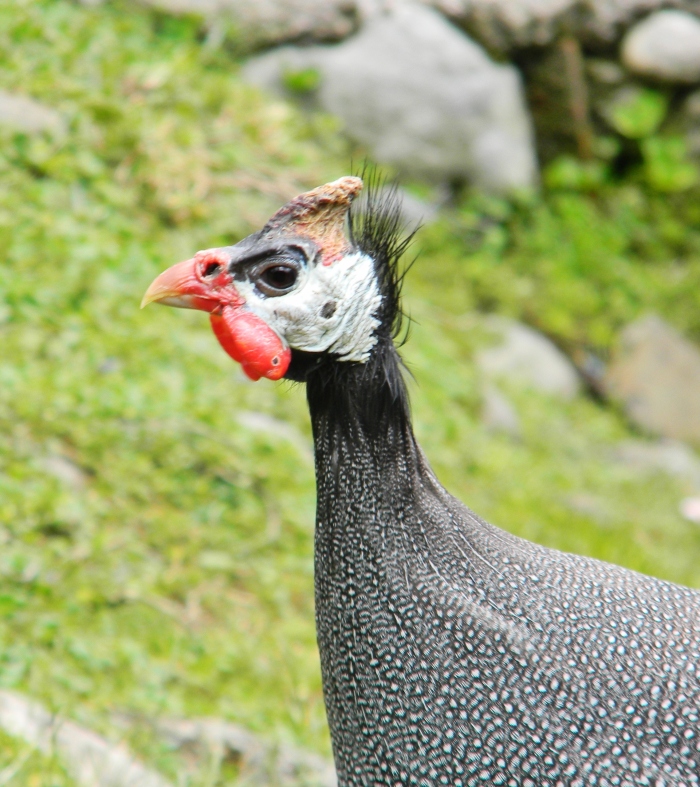 Call me the “Chick Whisperer.”

We discovered the ultimate in Ecuadorian “street” critters when driving near Chimborazo, the highest peak in Ecuador.  There we saw wild llamas and their relative, the vicuña, grazing on alpine grasses. Notice in the photo below how close the vicuña came to the road. 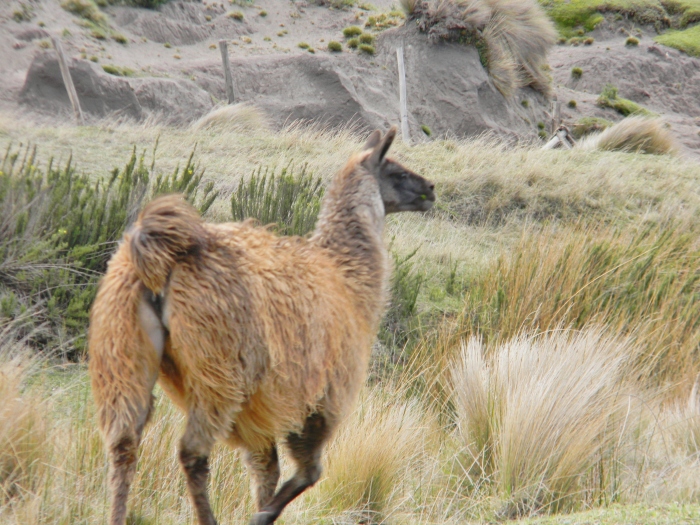 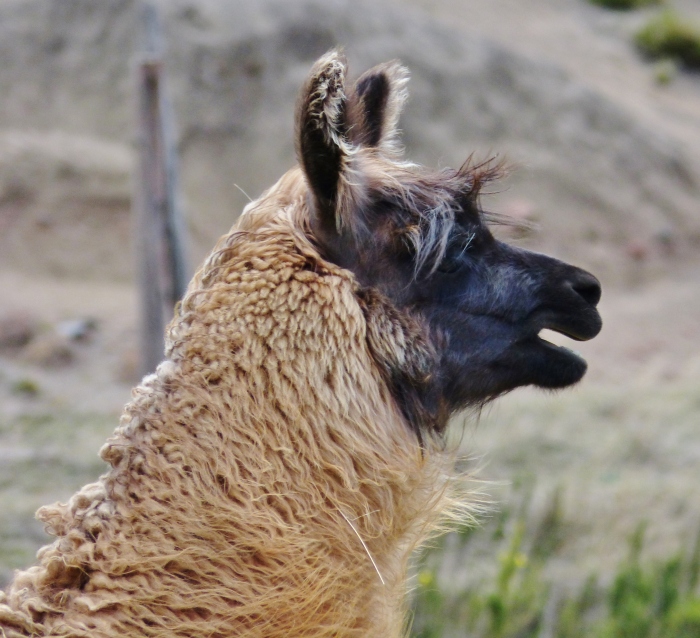 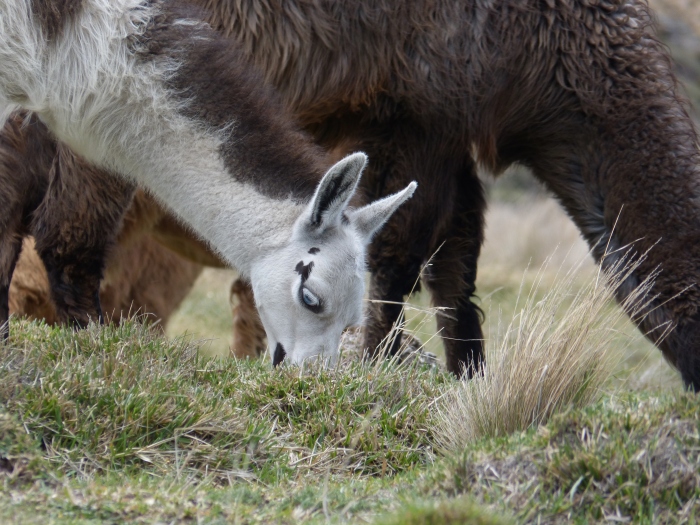 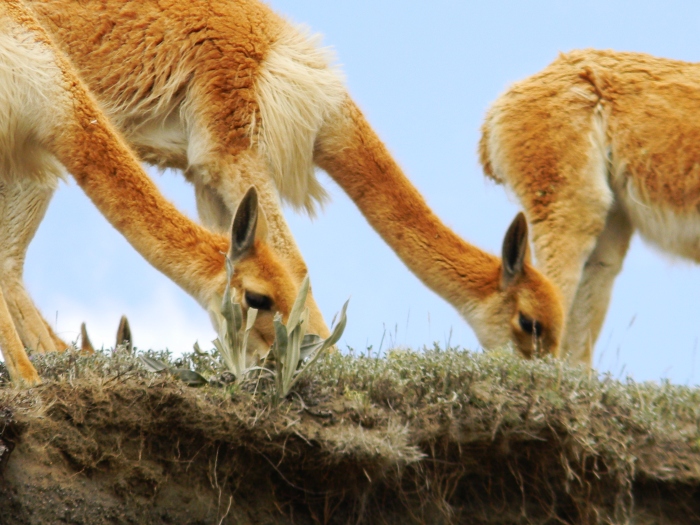 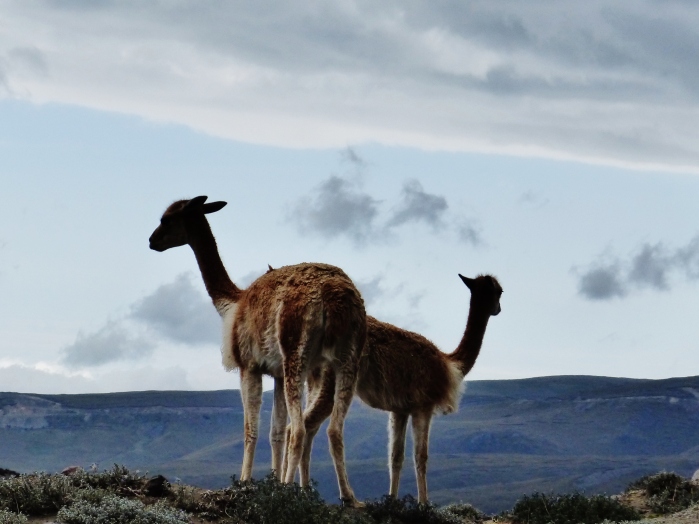 So which critters roam the streets where you live?  What is your favorite animal?

Note:  We have been at the beach, where we didn’t have internet.  Also, I will be teaching a five-day workshop next week and having house guests from the US after that.  So, while I WILL respond to comments on the posts I publish, I will not be able to visit as many blogs as I usually do.  Please know I will be back as soon as my schedule allows.  In the meantime, thanks so much for stopping by.  And PLEASE leave me a comment below.  That way I will miss you less!

123 thoughts on “Street Life in Ecuador (Part 2): The Critter Edition”