It’s a sickness.  It may even be a curse—

—how bonkers we are for books, that is.

bookcase in my studio

bookcase in our bedroom

We even have a room in our house dedicated to the storage of books—a library we love, shelves we adore.

one wall in our library

Still books spill over into every room, towering on tables, falling on floors. 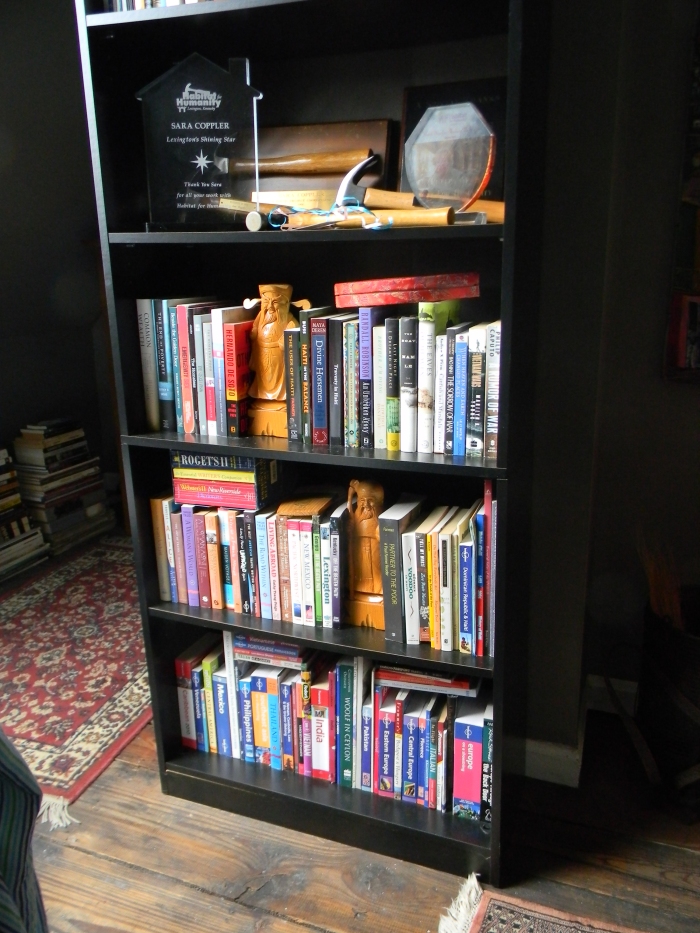 bookcase in one of our guest rooms 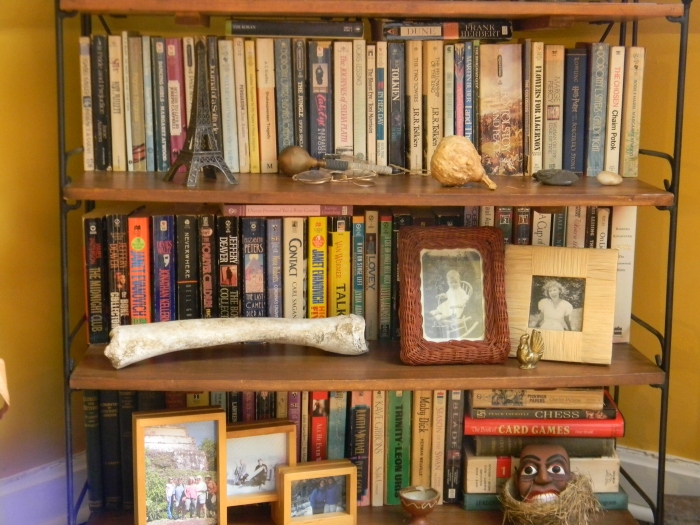 bookcase in another guest room 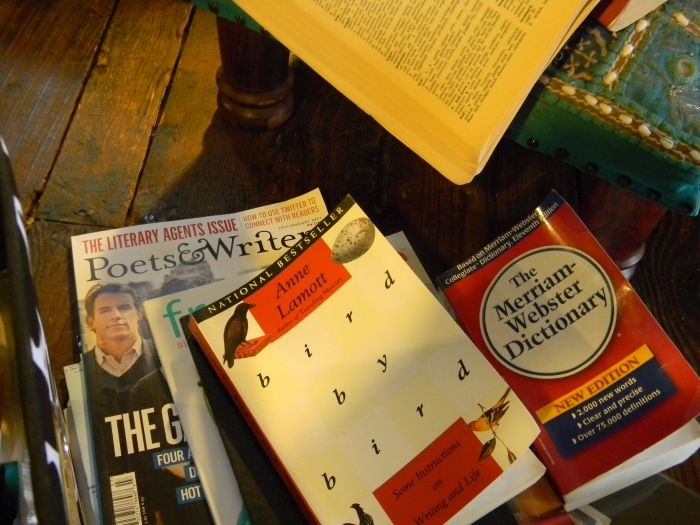 the floor beside my chair

But even more than these, we love the library of books we’ve not yet written, prospective texts, potential plots.  It’s these with which we’re mostly smitten.

So today I thought I’d share some of my potential titles, the embryos of books I’ve not yet written.  Take a look.  See if you would read any of these:

This book about growing up with a father in organized crime is one I might not write for some time, I’ve been thinking recently, as I don’t want to offend anyone still living or image them in a less-than-flattering light.  (I could write it sooner in a slightly fictionalized form, perhaps)

The image of rice paper I employ in the title refers to the kind my father used to record bets during the 1970s.  It dissolved in water and was flushable—what one needed when FBI agents raided out house—as they did on a number of occasions.

This book, I’ve also considered calling The Far Side of Sanity, is about my decade’s battle with bipolar disorder.  It will describe my multiple psychiatric hospitalizations during the 1990s.  This is a story I’m currently working on.

This tale had ended well, as my symptoms are now well-managed by medication, and I live a relatively normal life—as long as you don’t consider my year in Vietnam, or another in Haiti, out of the ordinary.

An older blog that is archived here shares some of this story.  My partner Sara and I lived in Vietnam in 2009 and part of 2010.

One thing that struck me strangely, when we lived in Hanoi, was the Vietnamese inclination to park motorbikes in their living rooms at night.  This seemed to image for me much of what I thought Americans have misunderstood about the country since the 1960s.  It imaged the dysfunction I saw in the US-Vietnamese relationship for more than 40 years—the elephant in the room that no one wants to talk about.

During the year we lived in Haiti, from 2010-2011, my partner directed earthquake recovery operations for a major international NGO.  But also during that time, Haiti endured a cholera epidemic, a botched presidential election, and the return of two former presidents from exile, Jean-Claude Duvalier and Jean-Bertrand Aristide.

Just before we left Haiti in mid-March I interviewed the former dictator, Baby Doc Duvalier—a fascinating experience I describe in three posts.  Click here to read the first of those called “What does one wear to meet a former dictator?”

The bottom line is this—

We all have stories to tell.  I’m not the only one with a library of untold tales.

What books have you not yet written?