Yesterday, for the first time, I watched a video-taped therapy session—one of hundreds I have from 1993-1999—years when my bipolar disorder was at its worse.

This required a degree of gutsiness on my part, as I had avoided watching these for years, fearing that actually seeing myself so sick would, not only be painful, but also destabilizing—that it would almost magically, at least in my mind, make my symptoms return, catapult me back 15 years into the cacophony of crazy I lived for more than a decade.

Fortunately, this did not happen.  And fortunately I realized, for the first time—just how valuable these tapes will be in writing a memoir, as I have, I’m sure, at least 1000 hours of myself on videotape narrating my life as it unfolded around me—describing it so my therapist could know what was happening on a day-to-day basis—and ultimately (and more importantly) so I could have a record—so I could, at the time, review the tapes and, in effect, multiply those hours in therapy each time I watched—maximizing the benefit I gained from each session.

As I look back on it now, I’m amazed at the brilliance of this as a treatment modality, and even more amazed how these will enable me to piece together those years—so much of which I’ve forgotten—to weave the threads of narrative into the strong stuff of story.

I decided to start watching the sessions  that framed the journal entries I’ve shared over the last couple of days—entries that included both a grocery list that I thought evidenced my financial struggle and writing I did about my fear of homelessness.

Practically speaking, the video both filled in the gaps left by my journal entries and lead me to other sources of information—more budgeting lists I described on camera that were not part of the journal itself, and drawings I did that were in sketchbooks I hadn’t previously associated with this time. 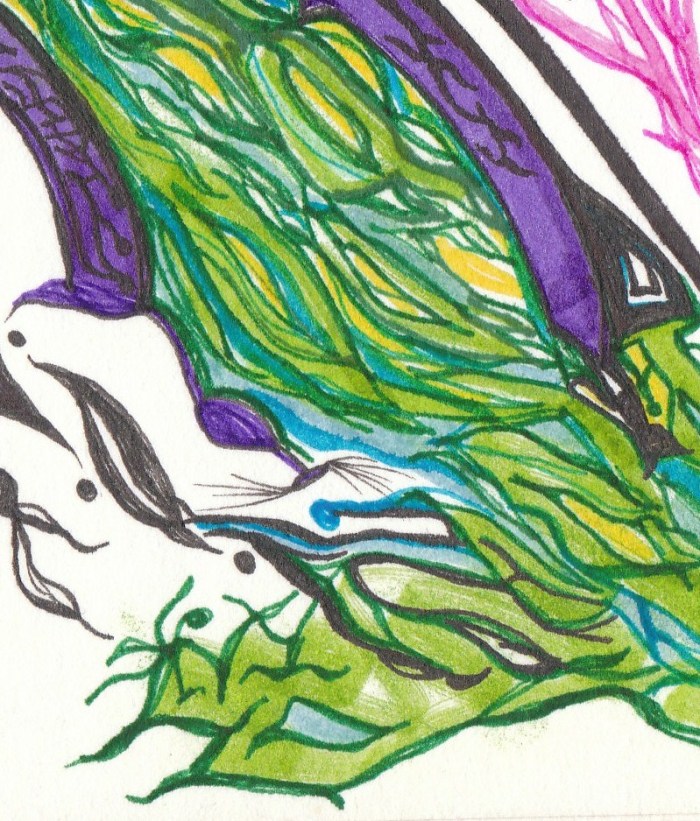 The fact remains that I have massive amounts of written and drawn material from these years—not all of which was well-organized.  However, on videotape I can see what a particular sketchbook looked like and actually undertake a search for it.  Knowing what these things look like in concrete terms increases my ability to find them quickly.

Bravo to my therapist for having the clinical expertise (even brilliance) to recognize the value in this videotaping enterprise and for providing the technology necessary to do these recordings as far back at 1993, when cameras were big and bulky and cost a small life savings.  These were not the handy flip cameras we have today.

Realizing what’s on these tapes renews my faith—my belief that I can, indeed, tell this story.

I had feared for a long time that I couldn’t write a memoir, since the genre presupposes intact memories, which I have few of—especially during the years I was most ill.  Now I have a new certainty that this project is not only possible, but also, perhaps, predestined—at the very least, meant to be.

This story is begging to be told—one I know was gifted to me.  Clearly God gave me many challenges—huge challenges, challenging challenges, but having lived this pain, having endured these trials, gives my story, not only the grit needed to tell a story about mental illness, but also the depth of experience that is fundamentally human—that is life on this painful but perfect planet—paradise lost, yes, but paradise regained, as well.

(Note:  My partner Sara and I will be on vacation from Friday, May 20th through Thursday, May 26th.  I will likely take a vacation from the blogosphere, as well.  See you after the 26th.)